Nokia Lumia is a new series Nokia phone that uses a Windows phone operating system. The Nokia Lumia 620 uses a new windows 8 operating system. It is the second lowest priced mobile of the Lumia series. The lowest priced is the Nokia Lumia 520 which has been announced, and will enter the Indian market by Q2. It is powered by 512 RAM and a dual core processor. It is mainly targeting the young people with the brilliant color panels.

Nokia Lumia 620 use a windows operating system and runs on the latest version of windows 8. It is a hand friendly device which is only 3.8 inch display. It also has NFC sand a front facing camera for video calls. It was announced with the flag ship models like Nokia Lumia 920 and Nokia Lumia 820. It is a budget phone with a lot of feature for this price range.

It is a mobile with a size of 115.4 x 61.1 x 11 mm and a weight of 127 grams. The characteristic feature of this mobile is its outer body with is supplies with a dual toned body. This type of body gives it the deep color. So it is actually made of two colors one at the lower end and other at the top. The both the colors are seen at the front. It have the following colors for choice white, Lime green, orange, magenta, black, yellow, cyan,. The body in green version is glossy so it not so good to hold, it may slip from the hands. But overall Nokia have managed to get it into proportion for this price band. 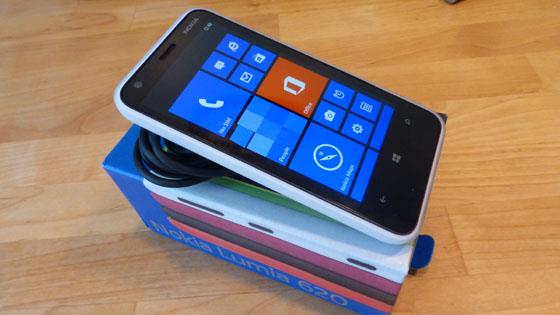 It features a 3.8 inch of clear black LCD. The resolution is WVGA resolution (800 x 480 pixels). The pixel density is 246 ppi which gives good quality of image and a better sharpness to the images. The viewing angles are good but is may show changes as one will tilt the mobile.
Above the screen you will find an earpiece, sensors and a front facing Camera which is VGA. It has Skype integration so the front facing camera has its role. Below the screen there are three touch sensitive buttons which is the same in all windows phone. There are no controls over left hand side of the handset but there right hand side has the controls there is volume button, power switch button, and a camera button. To the top there is 3.5mm audio plug in. to the bottom of the mobile there is micro USB port and microphone. The back of the mobile you will find a camera that is 5 megapixel and a flash for taking photograph in less light. Below the cover of the phone you will find a 1300 Lithium battery. The 1300 mAh battery is used to power this handset but it may be low to carry out a day's work. There is a slot for micro SD card and micro SIM.

It has 8 GB internal memory and has 512 RAM to work with. It would be enough to power the device and do multitasking jobs quite easily. It also has an expandable micro SD card which is expandable to 64 GB.

It supports GPRS, EDGE, Bluetooth, NFC, and Wi-Fi. It uses class B GPRS, Class B EDGE. It has a speed of HSDPA, 21 Mbps; HSUPA, 5.76 Mbps. It has a 3.1 Bluetooth. It also features NFC (near filed communication). This feature is also present in this low ended priced mobile.

It uses a Nokia camera with 5 megapixels. The pixel density is 2592?1936 pixels. It also features auto focus and LED flash. There is a Geo tagging present. The video recorded have 720p at the rate of 30 frames per second. The secondary camera is VGA camera for video calling facility.

It uses windows operating system i.e., WP 8. It is powered by dual core 1GHz krait processor. The chipset is Qualcomm Snapdragon S4. There is no Java present. It is available in orange, yellow, cyan, white, Lime green, black, magenta colors. 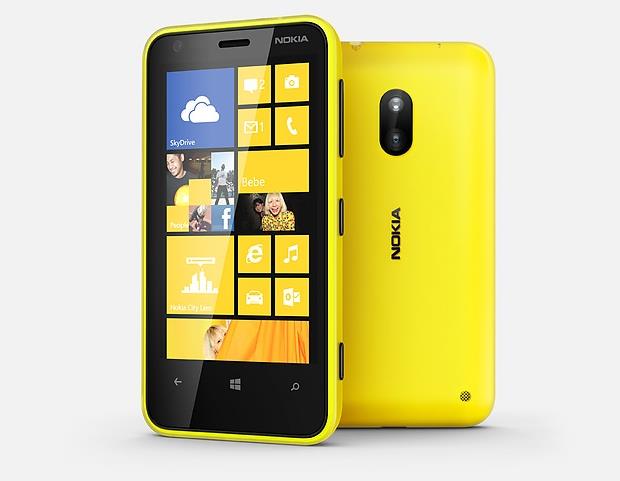 It is using 1300mAh lithium battery. The stand by time is 330 hours and music playback time of 61 hours.

This phone is in a good position in the market at this range. It can do the basic function well. This is the low priced model of the W8 family of Nokia. The other competitors of this phone is HTC windows phone 8 S. and Huawei Ascend W1. The Nokia Lumia 620 have some software good addition from Nokia which is quite good. The only problem will be concerned with the battery.