Indian two wheeler market has many two wheeler companies and launches happen in every quarter or so. This section focuses on Reviews of bikes in India including features, specifications and bike comparison in India. The popular bikes from Bajaj, Hero Moto Corp bikes, TVS motorcycle models, Yamaha, Suzuki, LML and other motorbike brands in India are listed here. The Indian Motorcycle Industry has emerged from its nascent stages from that of 1980's when old school two strokers from Jawa/YEZDI, Rajdoot and others ruled the Indian roads. From mid-1980s We are benefitted from the Indo-Japanese range of 100cc Bikes which are launched like that of IND-Suzuki, Yamaha RX100 and others. Later on, the Indian companies like Bajaj, TVS flourished and developed, launched their own models. Today, two wheeler market in India is modern and comes with some of the best bikes from mileage savvy models to pocket rockets and super bikes.

You can make money from this site by posting original and quality product information that comply with Google AdSense policies.. Also, we offer several other reward programs including monthly profit sharing, cash rewards per post, contests & prizes etc to contributing members. 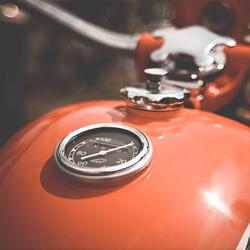